In Memory of Our Fallen Comrades
​

who have been called to Duty at a Higher Level
​

A Time To Reflect

12: ‘This is my commandment, that you love one another as I have loved you.' 13: 'No one has greater love than this, to lay-down one’s life for one’s friends.'

In Memory of Chapter XXI’s Members  Who Have Transitioned  To Their Final PCS . Rest in Peace.
There are bonds of all sorts in this world of ours, fetters of friendship and ties of flowers,
And true lover's knots, I ween: the girl and the boy are bound by a kiss, hut there's never a bond ,old friend, like this
We have drank from the same canteen!
Heroes are the men we served with, men that now come to mind in the wee small hours of the morning, when sleep eludes us. We see their faces, we remember their laugh, and we remember how important they were to us. We realize that each year the bell has tolled, and we are a little lonelier, as more and more go on. When we can, we gather with those that are left and try to remember each moment, each deed, each event, trying desperately to cling to those memories, and "in our cups they are freshly remembered." And as each one goes, he takes with him something that cannot be replaced, and a little bit of those of us that are left.

Until We Meet Again, God Bless and Take Care 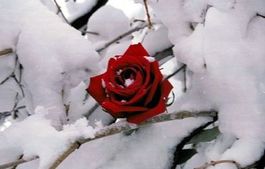 Click on the Rose, to listen to the Last Post
Rest In Peace Brother's. You May Be Gone, But Not Forgotten. 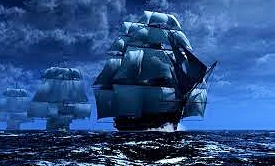 I am standing on the seashore. A ship spreads its white sails to the
morning breeze and starts for the ocean. I stand watching until the
ship fades on the horizon and someone says, It is gone.
Gone where? The loss of sight is in me, not in the ship. Just at the
moment when someone says It is gone, there are others who are
watching it coming. Other voices take up the glad shout, Here it
comes, and that is dying.