To Free The Oppressed 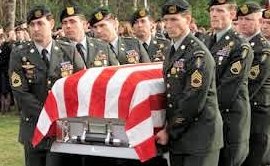 "War is an ugly thing, but not the ugliest of things: The decayed and degraded state of moral and patriotic feeling which thinks nothing is worth a war is worse... A man who has nothing which he cares about more than his personal safety is a miserable creature who has no chance of being free, unless made and kept so by the exertions of better men than himself."
John Stuart Mills

“Only the dead have seen the end of war.”
​George Santayana​

a. To plan and conduct unconventional warfare in areas not under
friendly control.
b. To organize, equip, train, and direct indigenous forces in the conduct
of guerrilla warfare.
c. To train, advise, and assist indigenous forces in the conduct of
counterinsurgency and counterguerrilla operations in support of U.S.
Cold War objectives.
d. To perform such other Special Forces missions as may be directed or
as may be inherent in or essential to the primary mission of guerrilla
warfare.

II. UNCONVENTIONAL WARFARE IS COMPOSED OF THE
​
INTERRELATED FIELDS OF:

a. Guerrilla warfare.
b. Evasion and escape.
c. Subversion against hostile states.

The primary purpose of this Website, is to provide, up to date information to our Chapter Membership.
Hopefully, it will also provide a little entertainment and edification, to all that chose to peruse the site, Members and non-members alike.
​
Our Chapter’s,  Website  is hosted by Weebly. It will be updated for periodic correcting, and the possible additions of new items, or information.

Along those lines, if anyone has any ideas, on how to improve this site, please opine. Our Website represents all the Chapter Membership. Oversight by the Membership, will help, in keeping the Info on this site, accurate.

Contact me, the Webmaster, at fhfinfl@comast.net. All recommendations will be taken under consideration.

A Comment Link is provided, at the bottom of the last page of this site.

This site is updated periodically on a need-to basis. Hopefully in a timely and accurate manner.
If you find any small errors, they may have been placed there to placate the "Nit pickers". So disregard, unless you are a "Nit picker".
If you find any serious errors, SHAME ON ME.  That would be my fault, my most grievous fault. Please let me know about it.  frankfowler35@gmail.com

Also keep in mind, mistakes are the bridges to WISDOM.